In Stock - Ships for Free! 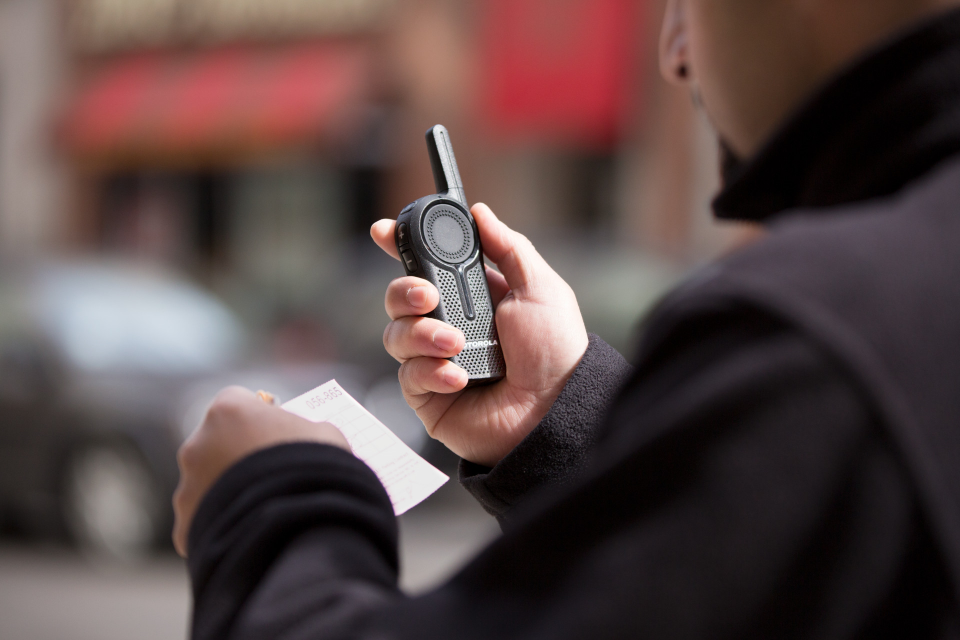 Since 1997, Tech Wholesale has been here for our customers. Now and long-term.

We’re here for you going forward.

Since 1997, Tech Wholesale has been here for our customers. Now and long-term.

We’re here for you going forward.

When discussing the range of the Motorola TLK-100, you’ll find that it’s not just extensive — it’s all-encompassing.

This is a radio with a network spanning the entire continental United States. So whether your team members are three or 3,000 miles away, they’re always reachable with the press of a button.

How is this possible?

The Motorola TLK-100 isn’t your average radio. It runs off of a 4G LTE cell towers, so if you can talk on a cell phone from a location, you’re reachable using this device.

This might sound complicated to someone who isn’t an expert on two-way radios. However, you won’t have to worry about spending endless hours programming your devices and setting up your mobile service.

Here at Tech Wholesale, we ensure that our customers have no technical issues with manual programming. Instead of forcing you to figure out how to set these devices up, we include it as part of the service. Let our experienced radio professionals program your radios for you so that all you’ll need to do is take them out of the box and start experiencing the benefits of nationwide coverage.

This isn’t just some one-size-fits-all solution either. We take time to get to know your business, asking you questions and discovering your individual needs as a company so that we can set up your radios the right way the first time. We can also give these radios names based on which team members or positions will be using them. That way, you’ll always know exactly how to get in touch with everyone in your organization regardless of their geographic location.

Because the radios run on 4G LTE coverage, there’s an extra step to take before they’re ready to go. However, we also take care of this for you. We specifically program these radios to work with cell phone towers. Note that this does require an additional fee of $35 per month per radio.

If you want to start using this game-changing device, we’ve got a great deal for you: If you sign up for a two-year agreement with Tech Wholesale for the use of these radios, we’ll reimburse you for the entire cost of the device.

If you happen to find yourself in an area with no cellular service, the TLK-100 will connect to Wi-Fi signals to grant you the same quality of service. You’re even able to use these devices with your smartphone, as long as you download and install a special app.

Costs can be offset thanks to the digital nature of these devices. Because the TLK-100 runs on a digital network, you won’t have to worry about paying any licensing fees to the FCC. Most UHF and VHF radios require an additional licensing fee because you’re using airwaves owned by the federal government. However, when using a digital band, Uncle Sam won’t be claiming any of your money.

With the WAVE TLK-100, you’re getting the power of a nationwide network mixed in with the durability and reliability that has made Motorola Solutions a household name for decades. This is military-grade hardware built to survive the rigors of warfare. So you won’t have to worry about your device shattering if your staff drops it a few times.

What’s more, the WAVE Dispatch feature on the TLK-100 ensures that your devices can never go missing. Every radio will be fully tracked by a GPS system.

For more information, contact the Tech Wholesale customer support team. You can reach us by phone, email, or live chat.

How Does the Motorola TLK-100 Excel?

Your self-service talkgroups can be managed in real-time remotely. This allows users to communicate with separate groups of people without bothering other team members with conversations that are irrelevant to them or could distract from their job duties.

When you message a talkgroup, every member receives the communication and can respond immediately.

The Motorola WAVE TLK-100 radio is a device built to meet and exceed military specifications.

It meets MIL-STD C, D, E, and F spec ratings and the MIL 810G Standard. That means it has been built to handle:

Collaboration is a breeze thanks to the cross-platform communication offered by the Motorola WAVE TLK-100. This device can communicate flawlessly with mobile phones as long as you have the Wave OnCloud app enabled on the mobile device. This allows for instant communication between smartphones from all carriers and the radio.

We’ve all been in a building with no cell phone reception, which could understandably be problematic for a radio that runs off of cellular towers. However, when you find yourself in one of these locations, your Motorola TLK-100 two-way radio can connect to Wi-Fi networks, which will replace the need for a cellular connection.

Is The Motorola TLK-100 Right for Your Business?

If you’re wondering whether the TLK-100 is right for your business, you need to take a look at your industry and needs.

We’re not going to sit here and say that every business in the world should take the biggest and most advanced device on the market. Different companies have different needs, and it’s our job to match you up with the right device.

With nationwide coverage, the Motorola TLK-100 is perfect for industries that cover a lot of space. For example, truck drivers, delivery drivers, and traveling sales personnel can get a lot of use out of a radio with this all-encompassing coverage.

Police officers can also make great use of this device, as the last thing you want is an officer falling out of contact because they stepped outside the range of your radio network while responding to a call. It’s also a great option for domestic military bases.

Any business with a fleet of vehicles that have to go out on jobs could find a perfect match in the TLK-100. That includes plumbers, electricians, cable installers, landscapers, and construction companies.

What Does TechWholesale Include When You Buy a Motorola TLK-100?

When you purchase a new Motorola TLK-100 from Tech Wholesale, you’re getting a lot more than just the radio.

You’re also receiving several other necessary components that will make your adoption of the radio easy and effective. To keep your device charged, you’ll get a lithium-ion battery with an 18-hour battery life. You’ll also get the USB power supply that keeps it charged.

The radio comes with a belt clip for easy access and a removable antenna.

To help you learn the ins and outs of your new device, you’ll receive a user guide and a safety sheet.

Tech Wholesale offers a two-year warranty on all Motorola TLK-100 devices. We will also set up the devices for you so that you don’t have to worry about it.

How does the Motorola TLK-100 have such a long range?

The nationwide range of the Motorola TLK-100 comes from its digital band that runs on 4G-LTE cellular towers. Because of this, the device can communicate anywhere within the continental United States, much the same as a cell phone.

Cell phones are also able to communicate with the Motorola TLK-100 as long as you’re using the WAVE OnCloud app.

Can the Motorola TLK-100 work without a cell phone signal?

Yes, the Motorola TLK-100 radio can work without a cell phone signal by connecting to Wi-Fi. You can use the Wi-Fi signal in place of the cellular signal for flawless broad coverage that reaches anywhere in the continental United States.

Is the Motorola TLK-100 waterproof?

The Motorola TLK-100 is water-resistant but not 100% waterproof. It’s rated IP54, which means that it can handle low-pressure water spray from any angle for a ten-minute period. While this is not totally waterproof, it does provide a lot of protection against moisture.